Origin of the Novena

It was Pope Francis, back when he was still a simple Jesuit priest, who launched the devotion to “Mary Who Unties Knots”. This image of the mother of Jesus involved in solving everyday problems deeply moved him. Soon pilgrims started to flock to places that had a copy of the painting. It was for them that in 1997 a good priest named Father Juan-Ramón Celeiro composed some prayers made into a novena published and distributed worldwide from France.

While finishing his PhD in Germany in the 1980s, he was struck by a painting inside the church of St Peter am Perlach in Augsburg, near Munich (Bavaria). This painting, popularly known as “Maria Knottenlöserin”, literally “Mary, who unties knots”, has been venerated since the 18th century.

He brought back a few small printed copies to Argentina, sending them through the mail, and placed a copy of the painting in the chapel of the Catholic University of El Salvador in Buenos Aires. Since the chapel was small, some people working at the university and parishioners of San José del Talar asked their pastor to hang another copy of the Augsburg painting inside the church.

The same thing happened at the church of San Juan Bautista. In 1997, its priest, Father Juan-Ramón Celeiro, wrote for his parishioners and pilgrims of his church, the novena meditations to use when praying before the image of Mary Who Unties Knots. 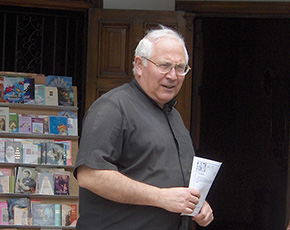 Imprimatur and dissemination of the Novena worldwide

The head of the publishing house Editions du Gingko met with Father Celeiro during the “Pilgrim Virgins” movement he organized in various Latin American countries on behalf of the Notre Dame de France Association.

They agreed to go through Editions du Gingko to publish the Novena and distribute it worldwide, so that these comforting prayers may reach as many people as possible.

Jorge Mario Bergoglio, elected Pope in May 2013, is very attached to the devotion to Mary Who Unties Knots and mentions it frequently. 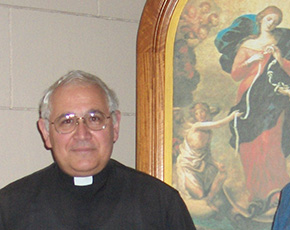 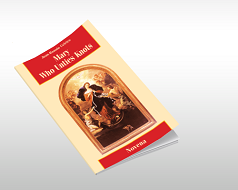